No items found.
Product is not available in this quantity.

In 1928, Georgia O’Keeffe painted giant orange poppies. “If I could paint the flower exactly as I see it,” she said, “no one would see what I see because I would paint it small like the flower is small. So I said to myself–I’ll paint it big...and they will be surprised.” Georgia O’Keeffe’s Oriental Poppies are gigantic. It is Flower Power at its most intense. Size, color and vastness make us one with the flower; make us feel the flower’s flowerness. Now come Eric Stampfli’s blossoms, adding new dimensions to what O’Keefe designed. His florid-torrid mix of passion, color, sexuality and gigantism makes an even bigger, even more sensual statement. Stampfli freezes his favorite blooms in large blocks of ice that he quickly positions in a highly articulated studio lighting set up and photographs them dripping with shades of colors we have never seen before. As the ice melts, it reflects, refracts, and adds different degrees of transparency and opacity. Sometimes the posies look like impressionist paintings, as if the flower is hiding under the petticoats of a Degas ballerina. Other times, they are frozen in delicious icicles, wet with color.The photographer embeds the enormous 48x70 inch prints in half an inch of icy plexiglass. They seem to hover on the wall like uber-glossy jewels. Stampfli’s exhibition, STILL, will run from October 17 through November 21, 2015 at the Artist’s Corner Gallery in Hollywood. A reception for the artist is planned for the opening night. 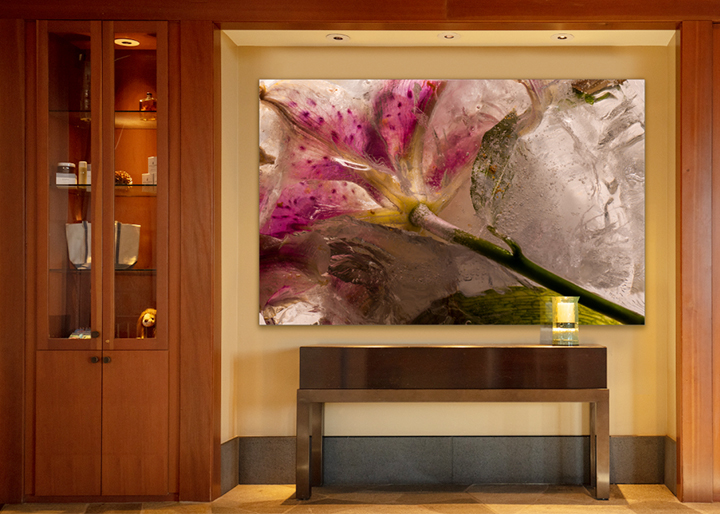 Giant plants and flowers are fantasies that pop up in legends and fairytales the world over. Here, in STILL, Stampfli’s fabled blossoms are meta-flowers; larger and more outlandish than any flower ought to be. They deliberately provoke conversations about the state of being a huge, luscious flower and their meaty carnality incarnates the mythic sexual functionality of flowers in brilliantly colored, wonderfully illuminated ways. STILL captures a deep, exuberant joy in a simple blossoming of elegant expression.These images reside in a Stampfli mega-space. His photographs exist without an up or down; they seem to float and move in any orientation because no horizontal or vertical plane can contain them. Ultimately, Stampfli’s preoccupation with sensuality makes him a hedonic voluptuary, embedding his fleshy photographs in clear, icy Plexiglas so they hover on the gallery walls like gorgeous glossy jewels.

"I have always been fascinated by ice and have often looked at the frozen pond or puddle and noticed the objects trapped within it. In time it was just a matter of finding the perfect contrasting object that would complete the story. The flowers represent life and even though they are encased in ice their beauty still comes through", Stampfli continues. "The series started with a Jane Magnolia; it was early spring and those trees, which are in abundance where I live, were the first to bloom. Their flowers are large and colorful with a beautiful tulip shape creating a sense of familiarity. I also photographed some orchids, azaleas and roses but love the magnolia for its contrasting branches, something most flowers lack. I experimented with multiple techniques of lighting and placement until I knew that I had created the image I saw in my mind's eye."As it turns out with this sort of series Stampfli usually doesn't understand his own work until later on. In this particular case he's coming to understand that they are about what lies beneath. "Whether it's the introverted child or adult sitting alone on a bench in the park, there is always so much more to see", he says. "I have been spending a great deal of time speaking with a friend whose little girl is best described as still. She's not autistic but feels no desire to communicate other then the occasional overreaction and tantrum. At first glance you'd think she was slow but if you look closely you can see the spark within her eyes. Much like the flowers trapped within ice, if you pay attention she, as will most people, reveal herself.”Stampfli wants to show the viewer what they have been missing and make them understand. "As if I had revealed something to them that they have not yet seen. I also want the viewer to get lost amid the subtle textures and shapes. They are designed to communicate on several levels: the flowers themselves, then the color, then the shape, and lastly the rich textures." For him there is a whole world of beauty and depth just below the surface of things, and all we need to do is open our eyes.Phasing out his teaching, Stampfli is now clearly focused on rebuilding his commercial and fine art photography business and is clearly set on creating a new direction. His passion to create the new and unseen is made even more impressive by the fact he's done all of this as a paraplegic after losing the use of his legs from a traumatic automobile accident as a teenager.

In 1995 a fire wiped out his studio and the entire previous twenty years of his work, his film archives of food and still life for advertising clients were literally ashes, American photographer Eric Stampfli went into shock and didn't know what to do next. It took him a few years before he decided that he wanted to get back in touch with what had originally made him love photography. The fire resulted in a loss of drive for advertising photography, so he started creating black & white images within the solitary confinement of the darkroom. That work, along with starting a part time career in teaching, began to slowly turn the tide for Stampfli and reignite his creative passion for photography."By 2004 I was teaching full time and still shooting the occasional commercial job when I decided to start a new photography project", Stampfli says. "For over twenty years I shot award winning advertising photography, specializing in intimate still life, food and portraits. I photographed for small, local gourmet companies as well as Fortune 500 corporations, but I wanted something new." Ten years and a couple of series later Stampfli started working on 'Still', designed to explore the rich textural landscape of ice and life frozen beneath it. "The series was conceived in January 2011 and as is usual for me, the idea appeared visually in my mind. I have always seen images in my head. The images are at first somewhat diffuse and as I think more and more about them they tend to reveal themselves."With 'Still' he saw in his mind the rich textural shapes within ice and its overall beauty in gray. The fine detail of bubbles and fissures reveal so much more as a life beneath and unseen. "The entire series was produced in my studio over the course of a couple weeks. The images were lit with a mixture of strobe and daylight balanced together", the self-taught photographer explains. For Stampfli, it's all about the shape of the flower. The images have very simple compositions; close-up and deliberately a shallow depth of field, some parts have a specific area in focus while much of the image remains soft. 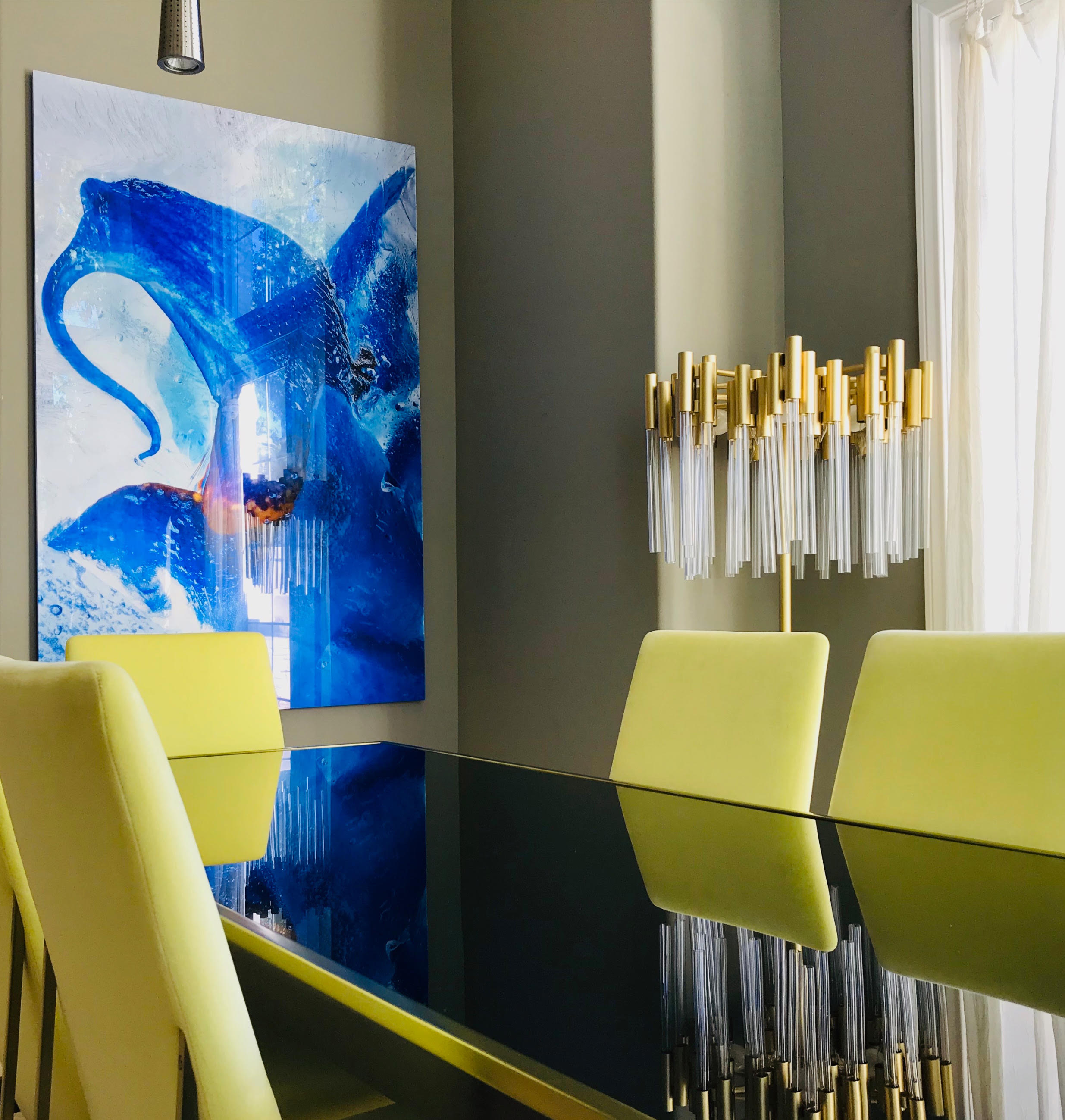 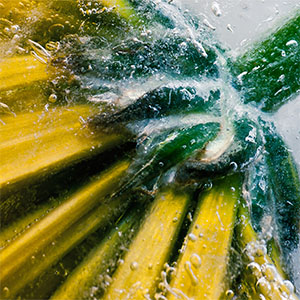 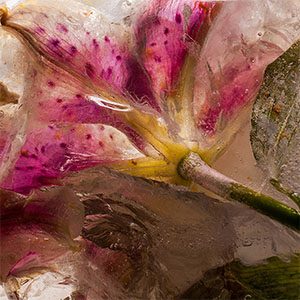 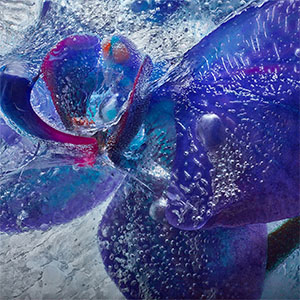 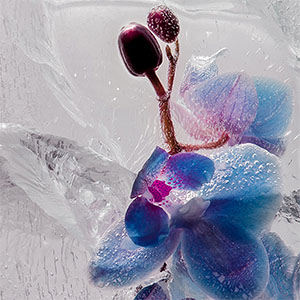 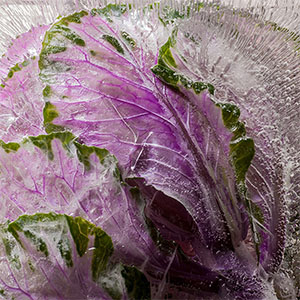 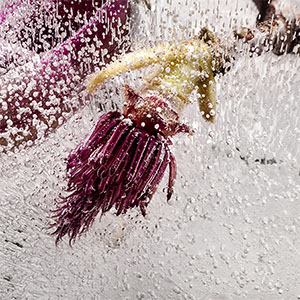 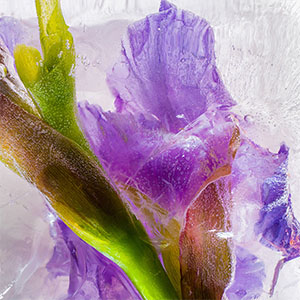 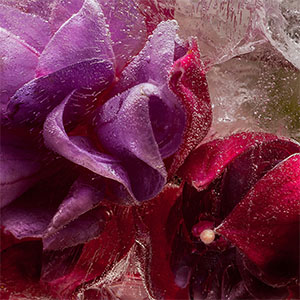 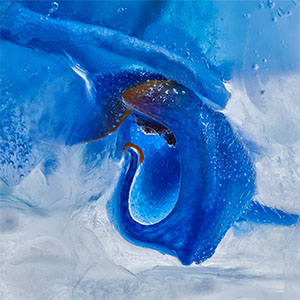 Created with love by Yadira Ohlrogge
© Copyright 2020 Eric Stampfli
This is some text inside of a div block.